Some Things Just Stick In Your Mind

by Vashti Bunyan on FatCat Records 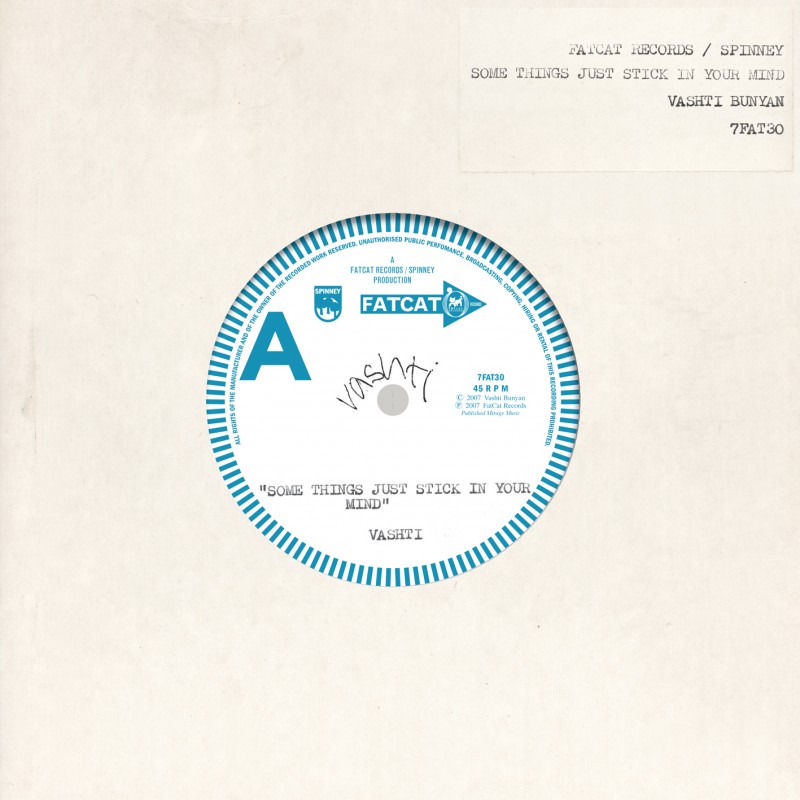 Originally released way back in 1965 on the Decca label (as just ‘Vashti’, no Bunyan), ‘Some Things Just Stick In Your Mind’ was actually the young London-based singer’s debut record. Taken from the double-CD compilation of Vashti’s early (pre-‘Just Another Diamond Day’) recordings from 1964-1967, the re-issue of this historic 7” single is a limited pressing of 1000 copies.

Written by Mick Jagger and Keith Richards, the song was handed to Vashti by Rolling Stones manager / guru Andrew Loog Oldham, who had recently discovered her via an industry friend. Vashti was put in the studio to record the song with the backing of a full orchestra. The track was backed by her own beautiful song, ‘I Want To Be Alone’ on the B-side and released as a 7” single in May 1965.