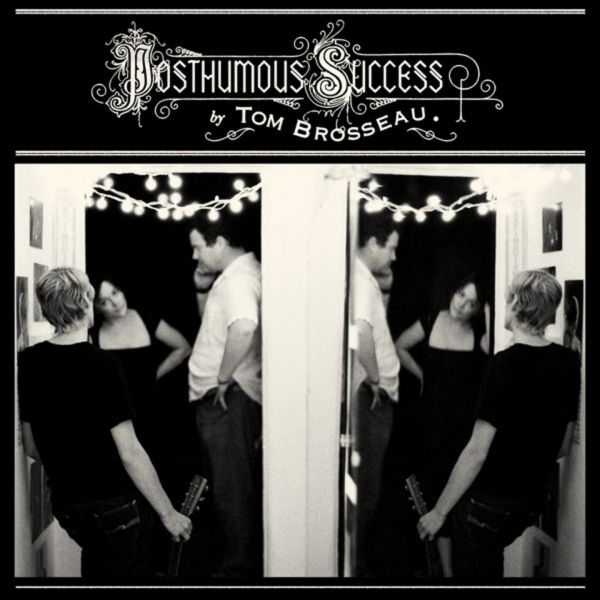 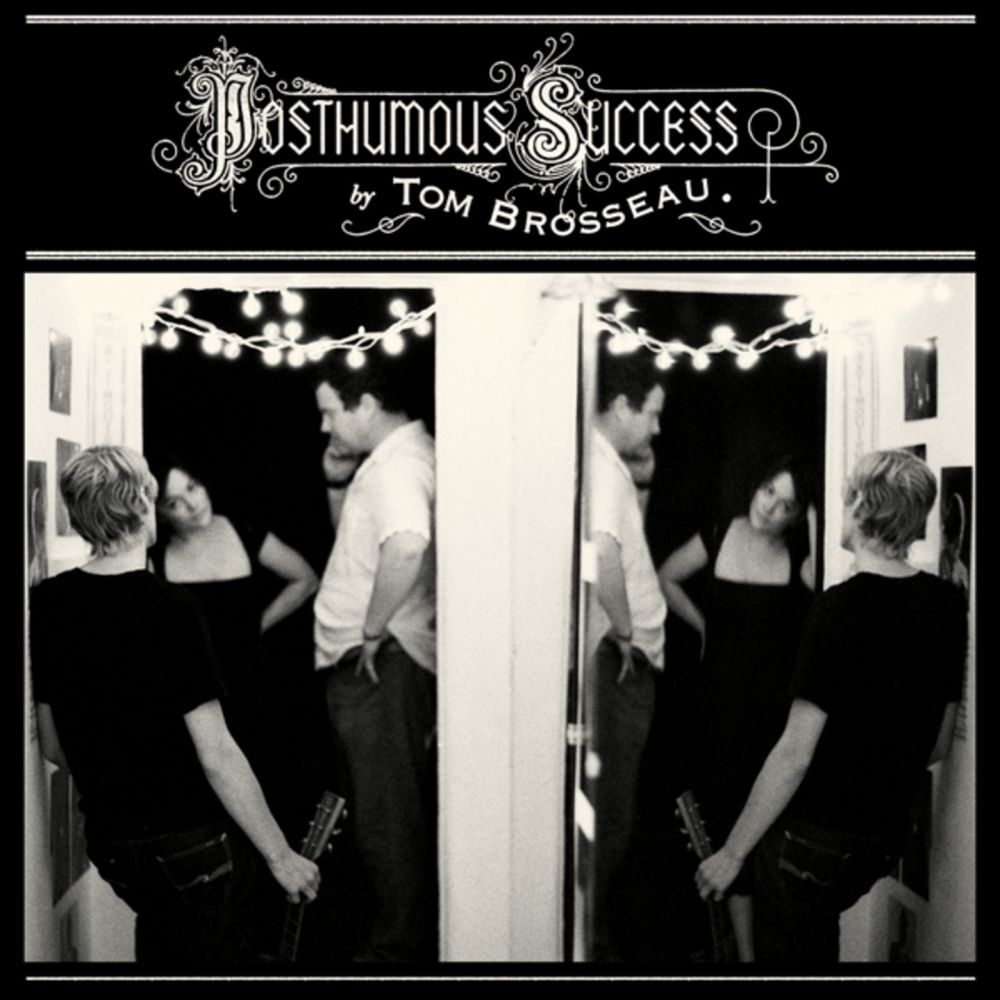 'Posthumous Success', Tom Brosseau's first new album of studio material in two years and his third FatCat full length release, is conceptual, modern, playful, sometimes fun, dark, revealing. The album could be a set of stories or books on one's shelf: the opening and closing tracks, Favourite Colour Blue - the same song - not the device of reprise, rather equal opposites or bookends.

Tom evokes the simultaneous poignant darkness and simple resignation of pre-war North America with all the authenticity of a first-hand witness, but the songwriting is indelibly imbued with youth. We have - in this album - Tom's fullest record to date: an enchanting sabbatical from the predominantly vocal and guitar/ all-acoustic recordings of previous records and a compelling nod to a more immediate musical environment (see; the drone-influenced 'Boothill'; the low-fi fuzz of 'You Don't Know My Friends', even Tom's Lou Reed-like vocal delivery in 'Drumroll').

The depth of 'Posthumous Success' lies in its fullness, the richness and breadth of its sonic textures and songwriting eloquence. Tom's voice and guitar, formerly the driving instrumentation of his songs, are now parts of multifarious arrangements featuring drums, guitars and bass, performed by, among other guest musicians, Mice Parade's Adam Pierce and Small Sails' Ethan Rose. The songs themselves are refined, embellished, expanded and orchestrated by a confident harmonic structure that very naturally extends itself from the smaller scale of Tom's past works without ever confining the pure spirit of North American blues that finances the immeasurable emotional impact of his songs. Appropriately, Tom sings, in 'Favourite Colour Blue', "My favourite colour is the colour blue, I put a little of that in everything I do".

For this record, however, Adam Pierce produced half the tracks on 'Posthumous Success' in upstate NY, alongside Ethan Rose's work on the other half of the record in Portland, Oregon. Two producers, two sets of guest musicians, recorded on separate US coasts, the album's effect is a collection of different styles, different instrumentation, different intricacies in different places, but always held together by Tom's captivating, vibrato-soaked voice, his ability to let single notes gently resonate with a near-unearthly emotional grasp and his evident, laudable reluctance to bow to fleeting trends. The bookends - Favourite Colour Blue - mark the distinctions between the two sets of tracks: both are conceptual, modern, playful, sometimes fun, dark, revealing, sprawling, lovely, loose, clashing, in entirely different ways - a very similar sentiment to that expressed by Autumn de Wilde's sensitive, insightful cover image for 'Posthumous Success'.

Tom spent his youth in Grand Forks, North Dakota, and now resides in LA. His dense musical and personal histories, yielding the delicacy and tenderness of 'Posthumous Success', have helped him create an album of great beauty, stillness, intimacy and celebration, and an album that will undoubtedly contribute to 2009's already-exciting musical canon.

And the title? As Brosseau puts it, 'The title of the album I've been carrying around since my freshman year. It's of the last chapter in the life of Albert Camus, the Nobel prize French author who died in a car wreck. Camus had been working on something at the time. It would not be published for 35 years- The First Man.'