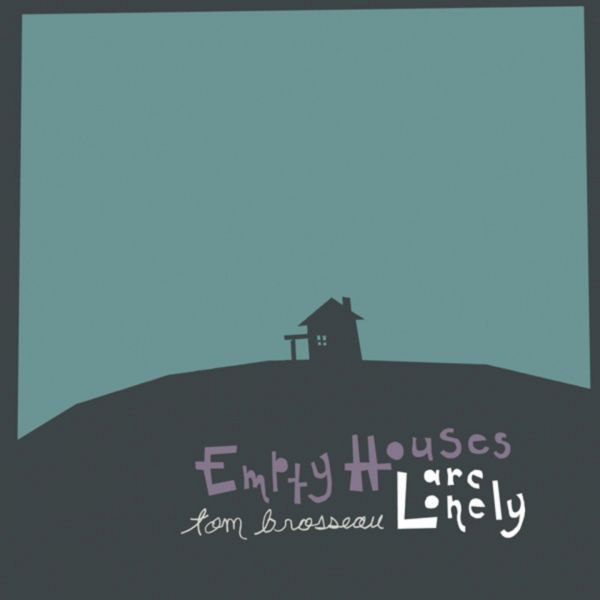 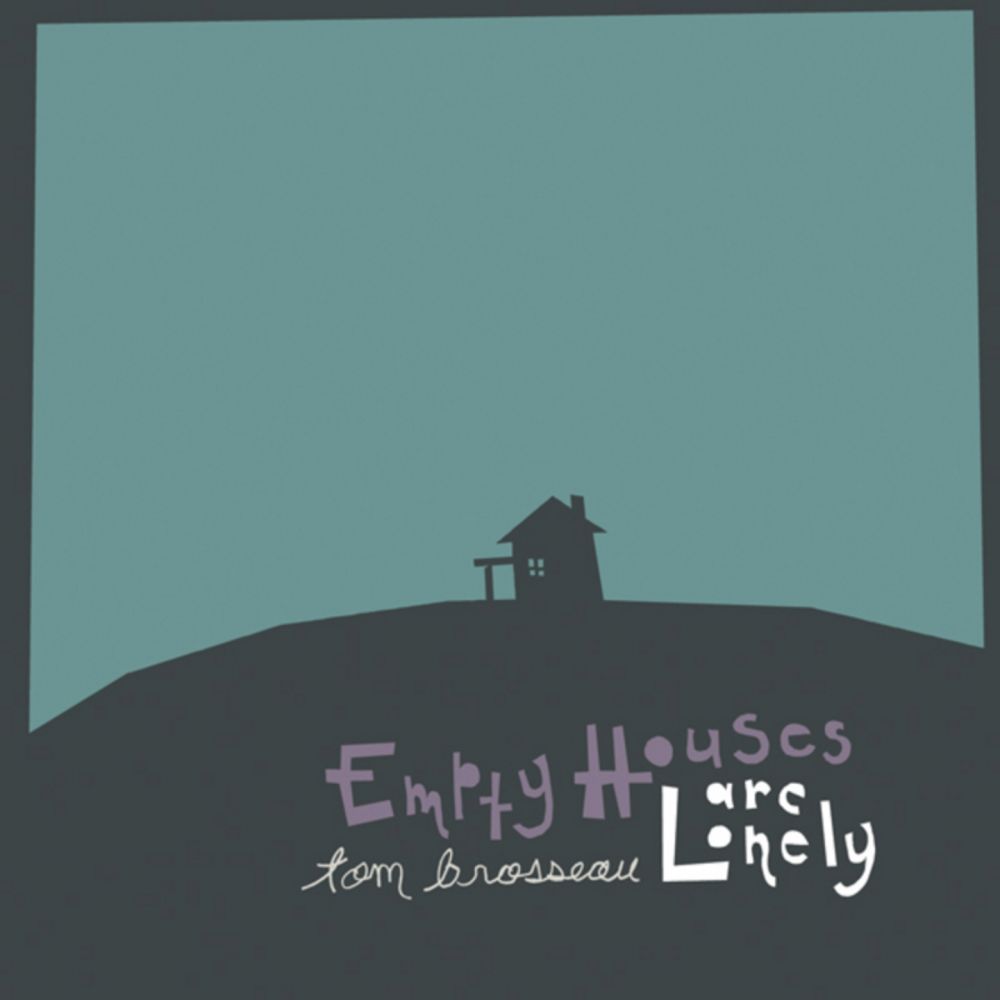 It was on Doug Schulkind's WFMU radio show "Give the The Drummer Some" that we first came to hear the gentle acoustic sound of Tom Brosseau's music. A natural songwriting talent coming from such disparate influences as Nick Drake, Cole Porter, and Woody Guthrie, Tom sings songs of lost love and poetic observation that shimmer like aural tintypes. Ostensibly a collection of highlights from his recorded history to date, augmented by several new recordings, 'Empty Houses Are Lonely' works as a fine introduction to Tom's plaintive, eloquent, timeless music.

The ingredient in this mix that will flat out give you chills is Brosseau's voice, which sounds eerily like a high-lonesome reincarnation of Jeff Buckley. High, limber and sometimes vibrato-tinged, it seems to hover between the masculine and feminine. His playing elicits a hushed reverence from admiring listeners blessed with the intimacy and emotional immediacy of his live performances. His songs have the quality of an intimate conversation at the next table that you just can't pull your ear away from. He can be hauntingly moody and atmospheric, and avoids the typical garden-variety verse-chorus-bridge song structures in his writing. Tom Brosseau is on to something new by way of something old - deep, heartbreaking, and entirely worth hearing.

Now living in LA, Tom was born and raised in Grand Forks, North Dakota. He comes from a family steeped in music - growing up in a house with instruments lining the walls, and learning to play at an early age. He was taught guitar by his grandmother, whilst his grandfather played in a band called Buck and the Buccaneers, that included fiddle and double bass. His grandfather also had a great collection of records, and Tom's early influences included Guy Lormbardo and The Inkspots. Following High School, after graduating college from the University of North Dakota, Tom started out in earnest at music school, but left after only a couple of weeks - the formal theory just took the fun out it for him. Soon after, he started playing out in his home town, doing his first shows in open mic sessions at a place called the Peanut Bar. Not long after he met a girl at Sundance in Utah who took him to California, was introduced to Gregory Page- a San Diego music staple.

Tom Brosseau takes up the story:
"'Empty Houses are Lonely' is a compilation of songs, most of them recorded and produced by Gregory Page, in San Diego and Poway, California. Gregory Page is the kind of person who is devoted to recording and writing and making albums- always is working on something, or helping someone. He has this great story about sitting on Paul McCartney's lap at a bull fight in Spain. His mother was part of a group from the 1960's called The Beat Chicks, and they opened the only two shows the Beatles ever did in Madrid. Apparently, right before the matador put the bull to death, Paul covered baby Gregory's eyes - pretty sweet. Not a lot of people have heard these songs - a couple of them are officially previously unreleased, 'Bars' and 'Hurt To Try'. Most of the songs come from the albums Gregory Page produced entitled 'North Dakota' and 'Outtakes, v.1 (a.k.a. 5 song demo)'. The other album from which songs were pulled is 'Late Night at Largo', produced by a fellow of the name Mark Flanagan. My whole reason for leaving San Diego, California, has a lot to do with Flanny. It was a thrill to record at Largo. Scott Fritz, who recorded 'Late Night', is pretty great, and really captured the room. He set up this one microphone and that's all we recorded with - I sat up on stage and played.

I think 'Empty Houses' really represents well the early days in San Diego, Poway, and Los Angeles, California. It seemed like I lived in so many places during this time: rented a room in a house, rented a room in a house with my girlfriend, rented an apartment with my girlfriend, moved out from my girlfriend and rented a sleeper in an old hotel, moved from the hotel to a house with a roommate, moved from San Diego. I am affected by the places I have lived, I would say. I think that some strange spirit was looming around in the old hotel where I lived, in the Golden Hills room that I rented too - things were darker during this time, listen to 'Fragile Mind' and 'How To Grow A Woman From The Ground'. I have been living in Los Angeles in the same place for three years in a section of town known as Echo Park. Echo Park is quite historic; it's one of the last stops on Sunset blvd. before Chinatown, before downtown and Union Station. There are all of these mansions in my neighborhood that seem to rise out of nowhere - they used to film Buster Keaton movies here. On a good day, you can see the rolling hillside up on Bonnie Brae street, across from Echo Park pond.... you can sometimes make out the 'Hollywood' sign... every hour the ice cream man slowly drives by, with that song being broadcasted out, ringing down the streets. It seems like every where I've lived becomes my new home - and thankfully so."