The Length of the Rail

by The Balky Mule on FatCat Records 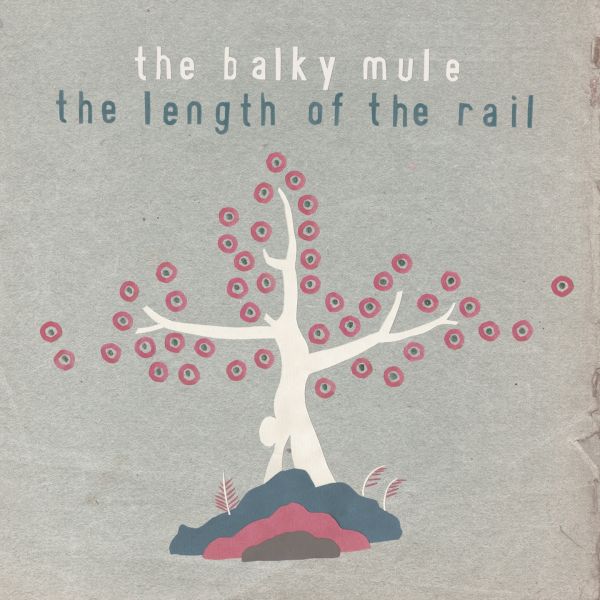 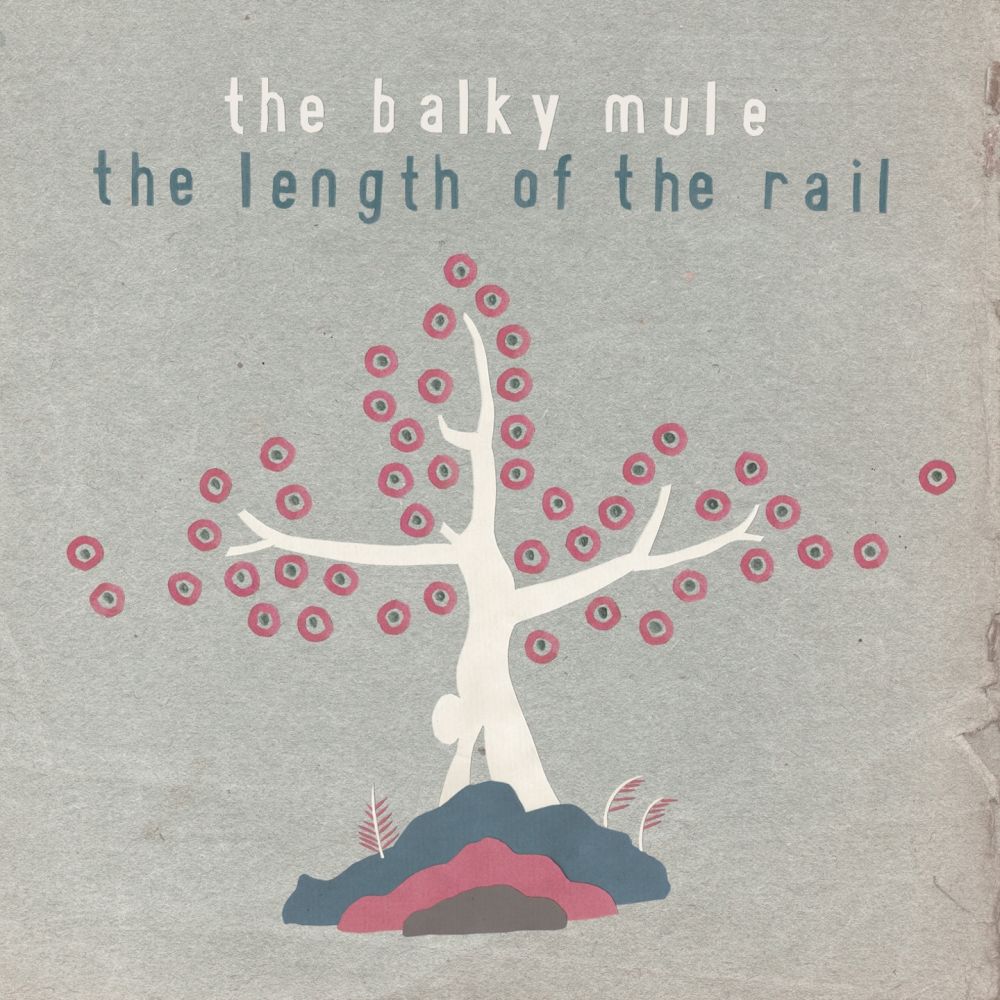 Currently resident in Melbourne, Australia, The Balky Mule is the alias of UK ex-pat Sam Jones, a highly talented, self-taught multi-instrumentalist, who over the past decade or more has been a key figure in Bristol's vibrant post-rock scene, playing alongside his brother Matt in both Crescent (guitar / drums) and Movietone (guitar), as well as in Flying Saucer Attack (guitar), Minotaur Shock (bass / marimba), and Third Eye Foundation (echoes / samples). Whilst also active as The Balky Mule throughout this time, Sam's home-recorded material (almost entirely instrumental) had been confined to just one self-released album (an eponymous debut in a small edition on Sam and Matt's Archipelago label in 2000), small runs of CDRs pressed on request and tapes swapped amongst friends, plus a handful of remixes (for Pram and Vase) and tracks for compilations, including a very early track appearing on FatCat's 2001 compilation of demos, 'No watches. No maps'.

Whilst this may be the first physical release in 8 years, Sam has never stopped making his own music, but has either remained shy about it, or not felt a need to share it, and thus to 'finish' things into a releasable form. Self-recorded either side of a 2006 move from the UK to Australia, 'The Length of the Rail' is a beautifully balanced, intelligent and captivating album that sounds like little else around right now. A fully coherent, organic mix of acoustic and electric instruments and neat electronic detail, it marks the start of a more focused, significant period of activity for The Balky Mule.

Created over a period of 5 years, most of the songs here grew out of a library of existing short sound-snippets Sam built up from experimenting with old boot sale-find keyboards, analogue synths and scavenged electronic kit (Arp Axxe, Casio SK1, Rhythmatix analogue drum machine) - guided by their inherent personalities and discovering what sounds could be coaxed from these manual-less and sometimes malfunctioning objects. Attracted to the notion of lost / redundant technology, some of the album's sounds came from a Bentley Carousel - a huge home organ bought from a charity shop and left in a shared house he moved into. A minidisc of odd noises and collaborations with these idiosyncratic machines slowly accumulated, before Sam's impending relocation to Australia acted as a deadline, prompting a push to finish things off and finally utilise these sound fragments. Listening through them, certain little melodies or rhythms suggested themselves, and to complement these Sam had a final play on the instruments he'd gathered (acoustic and electric guitars, drums and percussion, zither, harmonica, sampler and keyboards, Copycat echo box). The recorded results soon began to sound more like songs in need of words. Intentionally separating this next phase, Sam decided to add words on the other side of his journey, occasionally transplanting lyrics from previous songs that he felt fitted the mood or rhythm of one of these newer tracks.

Aside from brief contribution's from Peter Emptage (bass / drums on 'Range') and Naoto Kawate (announcements on 'Jisaboke'), the entire album was written, played, recorded and mixed by Sam alone. A true 'bedroom recording', its sound and feel were shaped by both physical location and its attendant limitations / benefits. For instance, most of the drumming was done in a tiny room housing a boiler, which is audible at points. Not wanting to play too long or loud for his neighbours' and house-mates' sake, these takes were recorded as quickly as possible, playing as gently as he could. By contrast, the Australian drum recordings ('Jisaboke', 'Range', 'Chalk', 'Wireless') were made in a community centre where, competing with other people's noise, they were played much harder. Played on electric guitar with the low E-string really loose, the album's bass sounds were influenced by the overdriven valve sound of The Upsetter's 'The Return Of Django' and the Beach Boys 'Smile' / 'Smiley Smile'. Likewise, there is much 'lo-fi' approximation of certain sounds or techniques Sam liked the sound of. On 'Tell Me Something Sweet' the drumkit is actually a close-miked oilcan tapped with a thumb for the kick, and a tom with a wire brush balanced on it for the snare. In many ways the album came about in a peculiarly back-to-front way - individual sounds born of pure play being then reworked and developed into songs, with drums actually recorded last, rather than taking the customary guiding role. This method fitted with certain musical attitudes Sam absorbed on a Movietone tour supporting Japan's Maher Shalal Hash Baz: "an idea of patience in accompaniment; in following others' parts and not always thinking of faults and wobbles as things to be corrected, but rather as personality to be accommodated."

Around a recurring theme of (people / places / ways of life in) transit, Sam identifies the main strands that the lyrics follow as rooted in fantasy and daydream, as on the opener 'Dust Bath Birds'. "I had been thinking about how a lot of information I absorb gets mixed up into an internal idea of things, and the song came out of me liking miniature trains, reading about micro-nations and breakaway states, and world events seeming fantastical in relation to daily local life, and my comprehension of these things being pretty much an internal story made up to explain them. I wanted 'The Length Of The Rail' to be the title-track as it sums up a main theme in the LP, a really everyday situation: waiting for a train, daydreaming - the simultaneous distraction from your situation and insight into it. Songs like 'We Sometimes Write', 'Glass Boat' and 'Jisaboke' contemplate past situations, missed friends or places, the point when things settle in my mind enough to get some perspective."

The Balky Mule can be placed within a rich vein of very British outsiders like Hood, Pram, Disco Inferno, Bark Psychosis, Talk Talk, The Pastels, Robert Wyatt, Syd Barrett, plus fellow FatCat peers Songs Of Green Pheasant and Crescent. Sam's vocal is unmistakably English, its grain / tone recalling The Kinks' Ray Davies, whilst lyrically it's close to Syd Barrett's everyday references. Like Crescent and Movietone, there's a very tactile, weathered, home-baked feel to the music and a similarly grounded lyrical impressionism. Yet it's both musically more electronic and quite a bit more upbeat / lighter and more humorous.

As for influences, Sam cites early Beck, Smog, The Curtains, Animal Collective, the pioneering electronics of Raymond Scott, Dymaxion (making the best of limited resources, mixing rough 'band' sounds with more electronic ones), To Rococo Rot (a warmth and dynamic unusual in such an electronically-based group), Maher Shalal Hash Baz, Herman Dune and Jeffrey Lewis (in their creative approach and prolific songwriting), Jonathan Richman (in succeeding in letting his personality show simply and honestly in fun celebrations of the everyday), Faust's early albums (where songwriting and 'abstract' sounds are treated with equal importance), and Link Wray (a big influence on sound - both overall and guitar specifically).

Idiosyncratic and enchanting, this is a really great little album that commands and rewards repeated listening.