by Our Brother The Native on Splinter Series 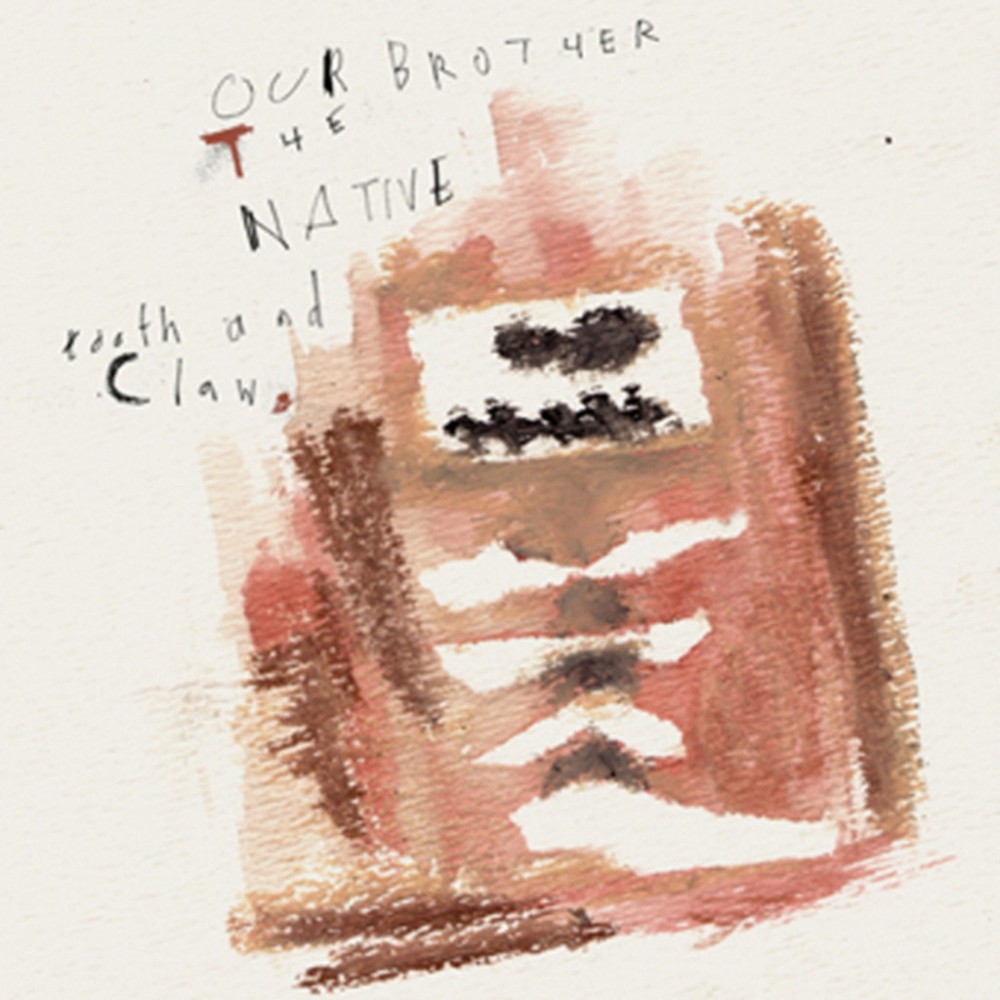 A hugely exciting new signing to FatCat, Our Brother The Native are three young American guys (two aged 16, one 18) who we stumbled upon towards the end of 2005. Having checked out a link to their site on Myspace.com, and instantly loving what we heard, we got in touch with the band and this debut they were currently working on happily fell into our laps. ‘Tooth and Claw’ is a stunning debut record that immediately stamps down a quality raising Our Brother ahead of the herd and signposting a very bright future for an incredibly young and talented band.

Informed by a wide range of influences, Our Brother The Native’s music is a thrilling, beautifully jumbled rush and gush of ideas and emotions. With their campfire clap-alongs and skewed vocals, and the use of circuit bent children’s toys, Our Brother might at times come on like the kid brothers of Animal Collective or CocoRosie, yet this is far from being a derivative or imitative record. The band’s fusion of disparate sounds, influences and approaches forms a unique whole that is very much their own. Rather than being based around regular verse / chorus structuring, songs instead sprawl out and unfurl with their own particular logic, with sounds sometimes drifting and cutting across one another; sometimes locked down in focused rhythms that come over almost like a cracked electronics jug band; or sometimes just in straightforwardly simple but beautiful harmonised ballads. They also utilise the ability to shift gear and turn on a dime - from a delicate kind of stacked chaos to sudden bursts of nagging coherence. Meshing picked acoustic guitars, piano, banjo, with percussion, cracked electronics, bird noise, radio static, children’s toys, they perform a neat balancing act between the prettiness of their songs / melodies and the self-inflicted damage of the noise threatening to spew out from its seams or peel back / melt its edges. ‘Tooth & Claw’ is a very free and loose-sounding album, with a wealth of detail for the listener to explore and get lost amongst.


Our Brother The Native was formed by John Michael Foss and Joshua Bertram, two Michigan-based multi-instrumentalists who attended the same school. In his sophomore year, Josh met John Michael, who was then a senior. Realizing that they had similar musical tastes, they quickly became close friends, went to a lot of shows and listened to music non-stop together, before moving on to playing and recording. Shortly after, they found a cool D.I.Y label in California (Chaz Knapp’s Delude Records), who jumped at the chance to put out an OBTN EP (‘Cheer Up My Dear, The Sun Will Shine Again’, 2005). Another talented multi-instrumentalist with hugely disparate influences well beyond his years, Chaz soon became good friends with Josh, overcoming geographical distance via frequent phone conversations. After a solo release from Josh (the more stripped down / minimal, banjo-based ‘Pappa Bones and The Creature Children of The Forrest’ - released as JSP), Chaz and Josh began working together (under the name Moses Grandy), but felt they were missing something in the percussion department. So John and Josh decided to just have Chaz join Our Brother the Native.

With Chaz still living in California, and John and Josh living in Michigan, all their recording to date has taken place with tracks being slowly built up, sent between each other via e-mail for additions. Things would grow and gain shape piece by piece. Josh and John Michael would typically begin by using acoustic and electric guitar for the basis of most songs, usually recorded straight into the computer through a Boss SP-303 sampler with built in-effects. They also utilise Kaos pads, a loop station, circuit-bent toys (run through FX), percussion (shakers, snare, cymbals), vocals, and samples of found sounds or radio static, again reinterpreted through a variety of effects. Josh’s mum even makes an appearance on the album (with vocals on ‘Tilia Petiolaris’ and ‘Octopodidae’)