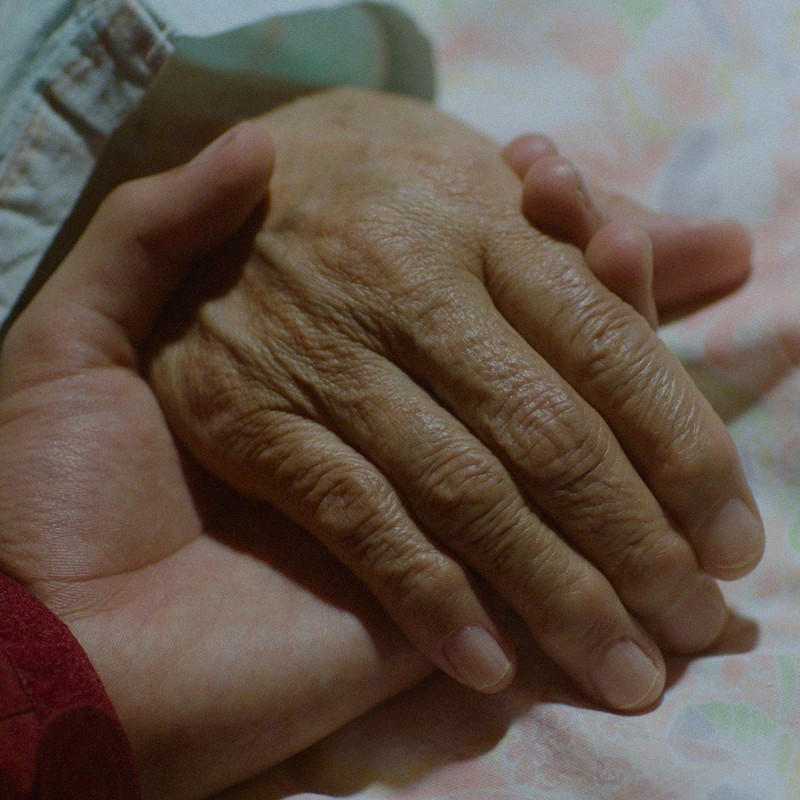 Following last year’s critically-acclaimed ‘The experience of repetition as death’ album and recent tracks released on Longform Editions and Geographic North (as well as performing on new releases from both Michael Stipe and Taylor Swift), cellist/composer Clarice Jensen returns on FatCat’s 130701 imprint with a brand new digital EP of material from her debut film score.

The fifteen-minute long 5-track EP was recorded at Jensen’s home in Brooklyn. It was performed on cello and electronics and also sees Clarice expanding her ouevre into works for piano. The material comprises her first feature film comission, since which Clarice has worked on three more, and so marks the beginning of working in a medium in which she is hoping to grow.

Directed by Takeshi Fukunaga, ‘Ainu Mosir’ is a coming-of-age tale set in an indigenous village in Northern Japan, where a community‘s livelihood depends on preserving and performing ancient traditions for visiting tourists. Torn between maintaining the tradition of his ancestors and lured by the mysteries of adulthood, 14-year-old Kanto is on a journey to find a sense of self. With his teenage peers restless and tired of their parents forcing them to participate in cultural rituals in a language they don’t even speak themselves, Kanto is taken under the wing of a family friend, who introduces him to the secrets and wisdom of their ancestors. Without his recently-deceased father’s guidance to help shape his sense of right and wrong, Kanto must decide whether he stays on the side of tradition or if he will stand up for his own values. The film was awarded the Special Jury Mention award at Tribeca Film Festival where it premiered, and Best Film at Guanajuato Fim Festival in Mexico.

Jensen’s score superbly communicates the emotional complexity and depth of this wonderful film. Throughout, her material is concise and beautifully handled. The EP highlights a set of liminal, subtle and suggestively deep pieces that flicker and play around the edges of obvious meaning rather than resorting to the blatant emotional cajoling of so much mainstream film music.

Opening track ‘Fishing’ starts out with Clarice performing on piano - the beautiful sparse melody eventually joined by minimal electronics and cello building drone-swells around it. ‘Summer’ sees her cello utilised for percussive effect, building a brief rhythm out of bow-hits against the strings before another rich drone and more percussion enters alongside a modular-sounding loop that recalls Laurie Spiegel or Caterina Barbieri. Both ‘Winter’ and ‘Sacrifice’ are founded in electronic manipulations of the cello, building rise-and-fall tone-arcs that simmer and flower. Closing the EP, ‘Sleep’ sees the cello processed again as percussive / textural material, moving into a warm wave of sound and then resolving calmly with a web of piano notes echoing out.

A versatile collaborator, Jensen has recorded and performed with a host of stellar artists including Jóhann Jóhannsson, Max Richter, Björk, Stars of the Lid, Dustin O’Halloran, Joanna Newsom, Nico Muhly, Owen Pallett, Arcade Fire, Jónsi, Tyondai Braxton, Dirty Projectors, Blonde Redhead, Frightened Rabbit, Beirut, and Nick Cave. In her role as the artistic director of ACME (the American Contemporary Music Ensemble), she has helped bring to life some of the most revered works of modern classical music, including pieces by Philip Glass, Steve Reich, Terry Riley, Gavin Bryars and more.

A deep and accomplished first entry into film scoring, ‘Ainu Mosir’ puts down a marker and suggests a fruitful future career in the medium for its author.

‘Ainu Mosir’ is released on DSPs on January 29th. The film has been distributed in North America and is available to watch on Netflix.