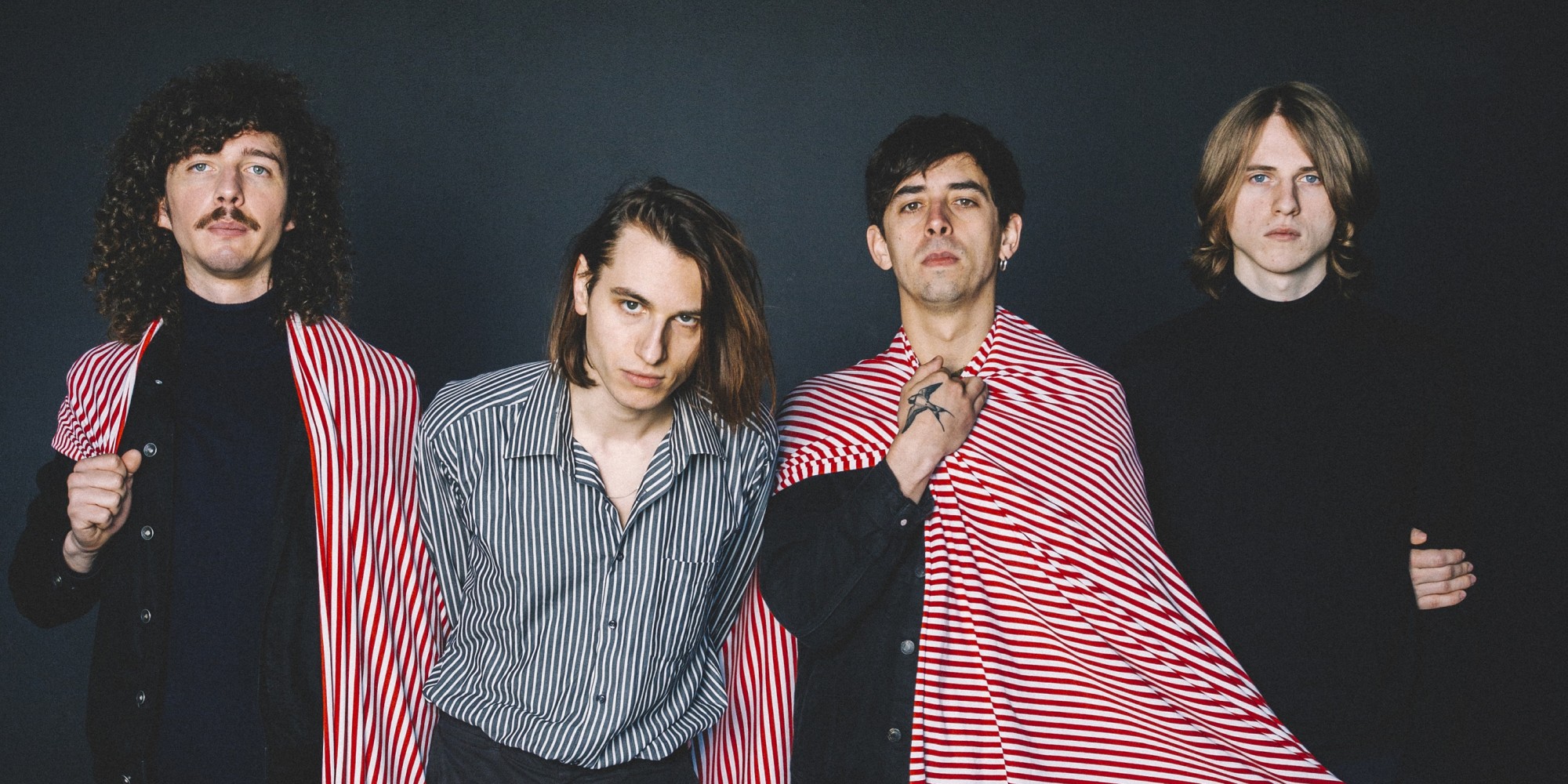 MNNQNS single 'Fall Down' - Out Now

Out today is MNNQNS second single 'Fall Down'

"The lyrics are inspired by a 60s Italian movie that I saw as a child and whose name I've forgotten. It was a simple love story/road movie that ends up with the character abruptly falling off a cliff while driving. That was the first time I was confronted with a story that didn't have a happy ending so it stuck in my head for years. If anyone knows what film it is please let me know!
The music video was directed by Florent Woods Dubois and his idea was to shoot a very fast sequence in a single time, then slowing it down a lot. He wanted it to portray the life of the band on the road, where time is a strange thing that sometimes seems to extend endlessly, then speeds up in a second. There's also a "Snatch" vibe to it that we like a lot, and the idea of wearing masks of ourselves was too much fun not to do it." - Adrian, MNNQNS

and pre-save the album HERE